LowBalling
is when a very good partners player uses a
low rated nic to win somstime as much as 26 points.

The reason is "PREDITOR-Partner Games"
That is taking advantage of low rated players
to get either 20 - 0 or your 6 (or less ) points in
a win playin a sure thing.

Potluck ppartners is when a team of partners are
waiting on a game and I would get in the game
and get who every may jump in,

some times I have asked to
have a good partner not someone who has lost 90% of
their games and i have found some partner games
understand this and wait untill I get a partner I will have a chance with.

I have asked jonas to consider a high raters block
But I know the best answer is to let people like me
play with low raters and teach them partners.

I also play a low nic to relax, when I have a low nic I don't care about
the loss but play for fun,

One other reason to play a low nic is when i start the
first game of the day i can warm up. in partners you
can cause your partner to loose when you are not warmed up

Jabez Friend of all!
Top

Nice to see you my old friend.

I remember the day Partners first came to Hearts. It was like a new animal with teeth and fangs and strange markings. We were all frightened of it! It took me a long time to get up the nerve to play. I thought, gee the last thing I want to do is bring another player down. But then I met a man named Gerald aka King Tut and we started playing No Shoot Partners. No kidding!!! lol No Shoot Partners! Slowly we got the courage to try Shoot Pards games, and I tell you, that game is addicting. Of all the games I have played in Hardwood, Hearts Pards is the most heart-pounding of all.

I have made a few trips back after I discovered Euchre a couple years back and I was astonished at the win/loss ratio of certain players. I also found 17-1800 players setting games for 'anyone' and this too amazed me. I figured at the time that perhaps it was difficult for players to find games so they set them like that but I waited and watched for a little while under anonymous names and it seemed to me to be just as you are saying. Just an easy-win opportunity. I saw brand new players joining these games...

Euchre is a partnership game too, but a lot of luck comes into play. I play best with my regular partners, no doubt, but I feel pretty confident hopping in any higher-ranked game with any partner, whether I know them or not. However, there are certain tricks and clues in Hearts (conventions) that make an experienced pair very hard to beat.

I used the word, honor, recently when confronting someone in the lobby about poor behavior and they laughed at me and said, "What does honor have to do with it?" and then went on to ask me if I was in the military. lol

lol and I thought, honor has everything to do with it. If a person can't be honorable playing a game, then how can they be in real life?

I think your solution is the best. I would love to see Partnership games in Hearts grow. The Goose (Nanagram) used to offer lessons for Euchre regularly. She used to post on the forum and make announcements in the lobby for anyone interested in learning the game to meet her in Glenda's. (Maid Marys in Hearts) If you picked the same time and day, I bet you would see more players and the partnership Hearts game expanding.

Good to see you Jabez, as always. Hugs

Your incredible Friend!!!
that was Honor at its best there...
I will try that and see if I get some people.
TY ty TY ty for such great thoughts:)
Top

I agree some of the pards out there are just that preditory, one reason I have stopped playing pards and gone back to playing singles because of the same reason you have said Jab., can't have anyone for a pard and must have a good one to have a chance. I enjoy teaching players how to play pards and have taught many, but it has become no fun anymore to play and when I do I set it for social... for the reason to have fun.

Dust Once again I Owe You for your support

WOW Friend You have no Idea of how I feel, Just for you to respond to my concerns. If I ever need a friend now you made my day

ty ty ty
I have never done this posting before so this is so new to me>>>>>>
Lets hope lots of people want to see HW a place of sweeet fun & friends...
NO MORE HARDWOOD RAGE lol and Look! I am saying it in Rage O my let me say it differently>>>> Plz we are so competive and that is good, but lets be better at making HW Friends .... there that is better. Now i can go back to church, and be good pastor LOL ty DUST in the WIND...
Top

Just an opportunity to thank AB and Jabez. Both of them used to take newbies on and teach them the game of pards. As a matter of fact I know that because they BOTH spent time with me, teaching me the basics of pards. It is because of you two that I know what I know, and I would love to play more, but most partners all ready have regular pards and don't have the inclination to sacrifice their ratings for a mediocre pard player like myself (not a put down at all, just the facts).

Hiya Jabez, thanks for playing in our game, we enjoyed it. You are right about the predators they join your game to pick off your points, although there are some really nice high raters out there, and they ask if they can join my pard and I, not hiding who they are, if we say thanks, but no thanks, they cheerfully go off.

Sometimes though I like to try and pit my errrrrr

wits against some of them and replay the games, to try and improve, but I have found now that I play mostly for fun. I don't want to get really serious, I'm not too concerned about my points now, I go up and down like a yo-yo, some days we win, some days we lose,

but who cares, as long as the company is the best.
Come play in our games again Jabez. 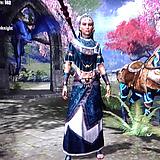 Sandbar You Have been Righteous, I will learn from you

Wow you are Right On amd I will learn to be like you.
This is my firest blog and I am amazed at the words I have recieved from People Like you I so thank you!!!
You have made a difference in my thinking and actions.
You got through to me

I will do my best to let players know it is me.
And I will ask to play, again tyvm Pastor Kurt ....Jabez
Top

CalculatedRisk Oh Friend of mine,,,,,,,

Friends, I will always count it a privilage to Partner with you!!! You have made my day!!! with people have you help them I am sure we will turn around the attitudes that are making people like matan, and mike wanting to play again..... We want a place were more people will find good friends and they will loook foward to playing HW just to see friends and have FUN!
tytytytytytyty : Jabba Jabba Doo
Top

Ahh Cher, that was a lovely surprise. Yes, I loved teaching newbies how to play. It blesses my heart that you remember.

I remember when ya taught a certain lil heathen of mine to be a guide about 4 years ago AB......ya did a great job with that as well......Hugzzzzz

Jabez King Of The Lowballer

Hey Jabez see now you don't tell the truth.When you come into my games with a high rated nic against me and my pard which is usually Vesna and you find out it is us you leave the game then come back as a new nic with no games played on it because you don't want to lose your precious points to us and you do it alllllllll the time and if you win you want to get higher amount of points for the win using these new nics.See now thats what makes you King Lowballer because again after you find out who you are playing you leave to go get these Lowballer nics.So next time you cry in forum about this subject please be honest and tell the whole truth.And 2nd i know you didn't say names but on your subject of high raters going into low raters games to play for easy points you will never see me or anyone of my pards do this as i always set my own tables then whatever i have it set for whoever comes in gets to play unless it's you because i disrespect you for what i stated up above now if you only stayed with your nics you 1st come in with then no prob but that's not what you do.And i have set many 1700 rated pard games and do get the odd game but i hate waiting an hour for a game so of course i gonna set lower rated game and if whoever sees mine and my pards rating and still decides to play then that's up to them, not you to say anything about it. And Jabez i don't hate you but i will not be friends with someone i disrespect and that's all there is to it so have fun of hardwood in whatever other games you play in and please next time just be honest.
Top

Primal Instincts wrote:I remember when ya taught a certain lil heathen of mine to be a guide about 4 years ago AB......ya did a great job with that as well......Hugzzzzz

That was my favorite job about being a guide, Primal, training up and helping newbies like Ishy. I always considered it an honor and a priviledge.
It's one of my passions and what I do best.

Thanks for the kind words.

I had never thought of the social game partners playing

That would be a good way for a lot of us to learn pards that don't like making our pards mad cause we don't know how to play pards. I would be up for playing some social pard games if enough people were interested in learning, ( and some good pards players would be interested in teaching)