What an original idea!!!!

I'm sure HW have it in their bag of tricks already, after all, a 1999(circa) product must flow with popular opinion...does it not? 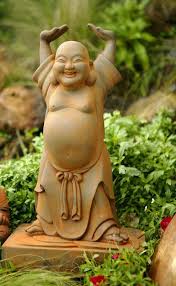 HHmmmm... what is 7ups Euchre, is it where you drink a soda (7up) and play cards?

Not sure this sounds new to me...

I think i am too angry to make another reply to this new subject, but i'l give it a go. It makes no sense that HW can't introduce an OPTION to a game which would basically solve the one sidedness of the deal and the runaway loners all in one hit, just by adding the (8) extra cards. Millions of people in Australia, New Zealand, UK and parts of Europe have played the 7s up game all their lives, they never ever complain about the Loners or the onesided deck, IT'S JUST NOT THERE. I havent been on HW that long, five years i think, but in that time as a laypersons opinion on the people that play EUCHRE here, i am willing to bet the membership has gone down. It is rare at the peak playing time to see more than 200 players in Smoots, four years ago it was a breeze to reach that mark. I personally know about 100 players that won't play HW or any other Euchre site with the short deck, they find it too demoralizing. I would be happy to donate or sponsor HardWood Euchre $1,000 for new members, after they introduce the 7s up option. This is all too tiring for me now, please do something.

An ingenious and novel idea Mr Terry. I credit you for thinking outside the box........oh wait, this idea was brought up 2-3 yrs ago. Heres what will happen next: a few people will make comments, give suggestions/opinions, urge HW/Silvercreek/Jonas to look into it and then this thread will get locked.
Top

/me looks dumbfounded, scratches his head, shrugs his shoulders and moves on to the next topic.....
-Brian

I made 7 up nics ahead of time so I can get them before everyone else does LMAO.